Piper from Brawl Stars is a vicious fighter disguised under angelic looks and aristocratic outfit. Her health is relatively poor, but she can cause high damage at maximum range. Her shooting speed is very high, although she takes long to reload.

Piper is quite vulnerable when unprotected, and she is most effective when fighting in a team, but her Poppin’ Power allows her to leap out of danger at close range.

Who is Piper from Brawl Stars

Piper is a secret agent whose innocent face and noble dress make people trust her too easily. Her long-range rifle and plenty of grenades under her skirts make her a deadly opponent. She can also jump up and detonate three grenades at a time, destroying everyone around her.

Piper is sweet yet deadly dangerous. Clad in a long blue dress and crystal Cinderella shoes, this brawler looks innocent and charming, and her elegant umbrella adds to her noble appearance. But wait until she starts fighting, and you will forget Disney in a split second. And by the way, her umbrella is a rifle.

Our heroine is turning 5 this year, although she looks about 16. This has been her story so far:

How to Get Piper

Piper is pretty hard to get. On average, she shows up in one out of 80 brawl boxes, but you can increase your chances by passing the Sandy test. Alternatively, you can purchase her from the Brawl Shop, but her price in gems varies.

How to Play Piper

Piper vs Other Brawlers

This fearsome brawler is too slow for our princess and will not last long against Piper’s standard attacks when both are on the same level.

Like Shelly, Nita is almost as good as useless against Piper. Just keep your distance from this brawler and use Piper’s Super Power to jump away when Nita comes too close.

This brawler is superior to Piper on virtually all counts. It is best to stay away from Colt and seek your victories elsewhere.

Like Colt, these two are not the best choice for a fight. Still, Piper’s chances are slightly higher against Brock and Jessie, but wait for them to get knackered and attack them quickly before they recuperate. 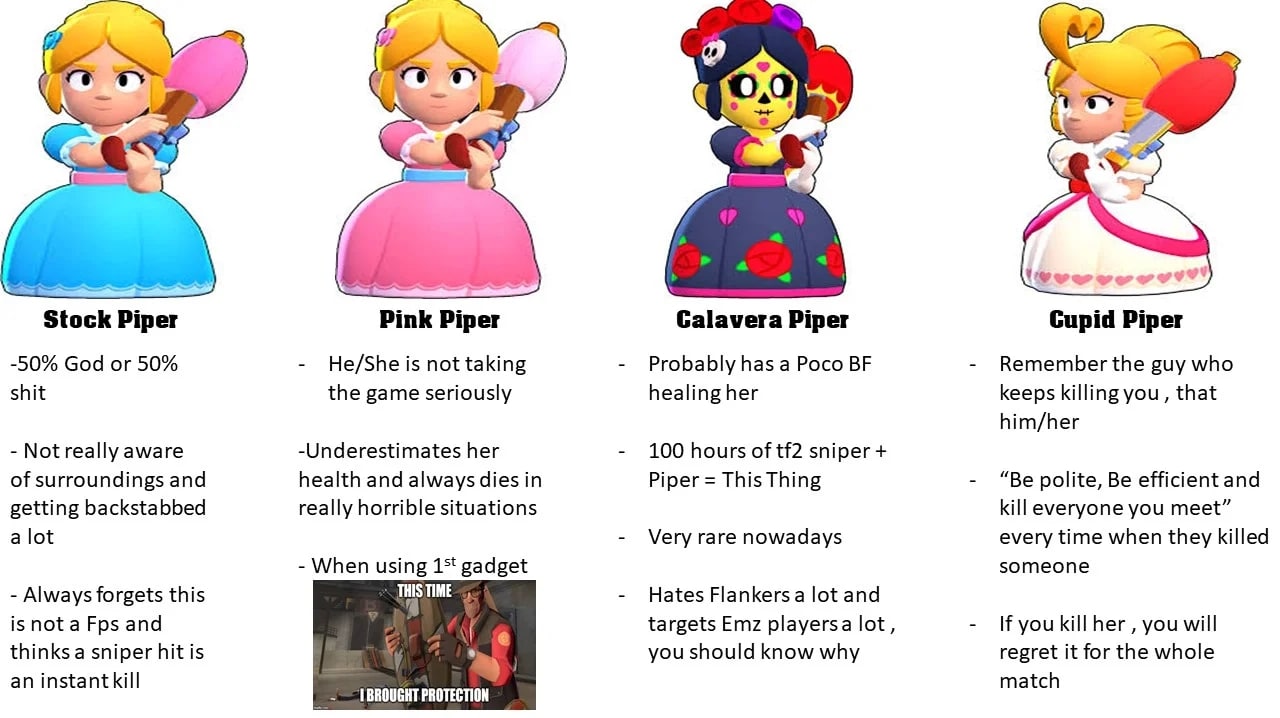 Rating
( No ratings yet )
568 просмотров